Kurvana | Curated for years. Experienced in moments. > Blog > Why Does The Same Strain Affect People Differently? 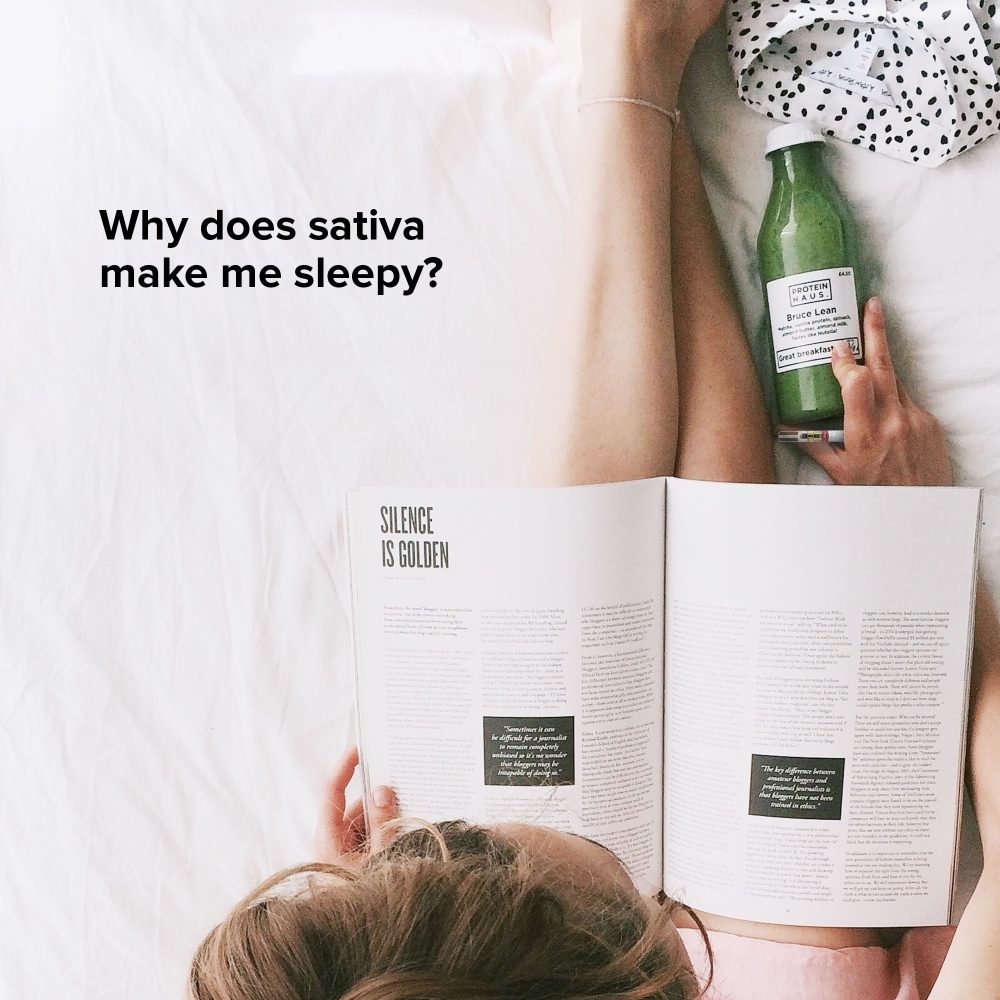 Why Does The Same Strain Affect People Differently?

Why does the same extract affect people differently? By now, everyone has heard indica induces sleepiness and calm, while sativa can invigorate and energize. But with new scientific evidence and a growing affinity for crossbreeding, the effects of different types of cannabis have become more complicated than that. A review on our Citron OG product page captures this complexity:

“My boyfriend and I buy this regularly… I use this throughout the day; my boyfriend prefers to use it before bed. He’s 6’3 and about 250 lbs and it puts him to sleep like a baby!”

In the case of our product reviewer, why is it that they use Citron OG throughout the day for energy, while their boyfriend prefers to use it as a sleep aid at night? With cross breeding on the rise, categorizing indica and sativa into “laughy” or “sleepy” is no longer sufficient when explaining the effects cannabis can have on different individuals. In fact, recent scientific evidence has uncovered that there are more diverse and individualized reactions to cannabis than simply naming the Seven Dwarfs.

Of course, some basic indicators might explain why one strain will hit people differently: their built up THC tolerance, their physical size and stature, or what other drugs they are taking at the time of consumption. These internal factors can be as subjective as whether they drank coffee that day. But there is a deeper mystery here. If all these factors were the same for each party, there is still a variance between individuals and how each strain affects them.

Why is it that cannabis strains affect people differently? We spoke with our laboratory to reflect on the most popular theories on this topic today.

“For many scientific communities, the answer lies in genetics–both plant and human.”

As the medical marijuana industry has proven, there is certainly a correlation between cannabis effects and the psychological or genetic makeup of the individual. Scientists have found that those with a family history of serious psychosis and have reported exacerbated symptoms after cannabis use. There have even been claims that cannabis affects males and females differently. International studies have proven that different genes affect the influence of cannabis on the brain. A study published in 2015 by the Journal of Psychopharmacology links a specific genetic variation, called the COMT gene, to “individual differences in cognitive and psychotic function upon ingestion of THC.” Similarly, the genetic polymorphism 5-HTTLPR is known to influence individual reactions, such as working memory and decision making. Those with the variation are more sensitive to the classic symptoms of cannabis consumption. Given the commonality of these genetic variations, it is not a large leap to guess one member of our Citron OG couple might have one of them.

According to longtime cannabis activist Roni Stetter, strain characteristics are “better classified by landrace genetics, or the geographic area where the strain (or parent strains) originated, than a simple indica-sativa-hybrid specification.” The example she uses is someone avoiding Afghan or Kush strains because they become too sluggish, instead opting for a South African landrace strain, like Durban Poison, that have a lighter fruity flavor and uplifting psychoactive effect. However, she claims these factors are minor in comparison to “the genetic connection between our bodies and the cannabis plant.” She believes it is important to remember that when you consume a cannabis plant, “its DNA is literally interacting with yours.” This complex interaction will, of course, produce different outcomes.

Everyone has that one friend who gets wasted after one beer. Another who can down seven shots of espresso before a slight shake of the hand. There is something snowflake-like about our biological makeup that makes our reaction to the same substance so inconsistent. No two people have the same biochemistry and therefore (while there are certainly patterns in reactions) no two people will have the exact same response to a strain.

If you have a medical condition, your biochemistry is likely altered in some way. Someone suffering from PTSD will have starkly different experience consuming the same strain of cannabis as someone with no psychological medical history. Both individual biochemistry and daily fluctuations in metabolic activity, affect how someone will experience at strain.

When it comes to the predicted effects of our strains, Citron OG is unique in that its genetics come from a unique blend of ocean grown indica plants, while its citrusy terpene profile offers a zesty boost to the senses.

For one member of our laboratory staff, subjectivity is in the terpenes:

“Maybe it is as subjective as smoking a strain with a specific scent that someone has associated with an emotion or experience.”

The theory is that the aromas produced by terpenes elicit different reactions in people because they play on the most emotional of the senses: scent. That fresh squeezed OJ you used to make with Grandma every Sunday? It could be the reason citrus notes incite a sense of calm and euphoria in you instead of energetic invigoration.

Of course, it is common knowledge that terpene profiles produce their own indica and sativa-like effects. Citron OG, for instance, contains a number of terpenes including both Myrcene and Limonene. As the Leafly infographic below suggests, Limonene is known to elevate moods while the warm flavors of Myrcene have a “sedating” effect on its consumers. People react to the mix of terpenes differently, experiencing a sedative effect while others feel uplifted. 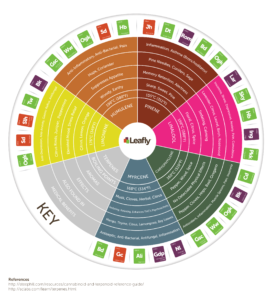 In the scientific research communities, the effects of terpenes are still relatively surface-level, and the “entourage-effect” (how different cannabinoids and terpenoids interact with one another and alters their combined effects) has not been confirmed. As one of our lab members reiterated: “We don’t yet know the full extent of what terpenes do to the body, the way we know what THC does.”

The more we learn about the 100 different cannabinoids found in a whole cannabis plant, we can begin to analyze people’s reaction to the same strain. While we can say with some certainty the whole extract plant is more effective in healing, we still know very little about the other naturally occurring cannabinoids, which complicate each individual’s reaction to cannabis products. The two most popular for instance, CBD and THC, “can have opposite effects on regional brain function, which may underlie their different symptomatic and behavioral effects, and CBD’s ability to block the psychotogenic effects of Δ-9-THC,” asserts a well-known study by Neuropsychopharmacology. Terpene sensitivity can also affect each person’s reaction, particularly in chemically sensitive patients. This is just the beginning of understanding how the chemical compounds secreted by cannabis flowers (cannabinoids) interact with one another and how each cannabinoid effects the individual.

So, there you have it: while we cannot say for certain until there is more extensive, unbiased research on the topic, the reason strains affect people differently is likely a combination of biochemistry, genetics, and terpenes. While cannabis research has doubled in frequency in the last few years, there are oceans more to explore before we truly understand why the same cannabis plant affects people differently. 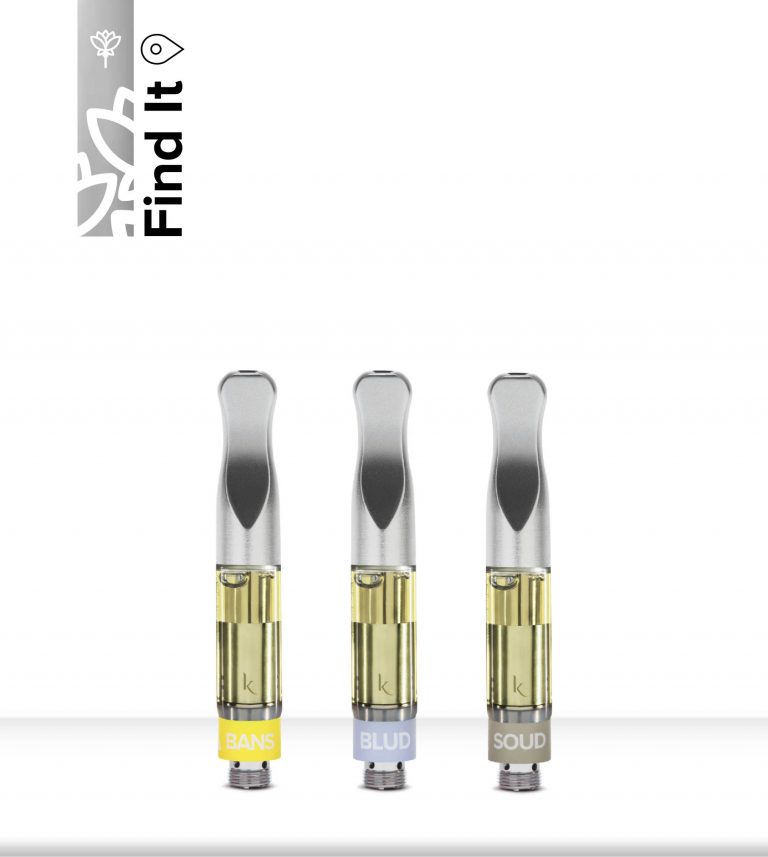 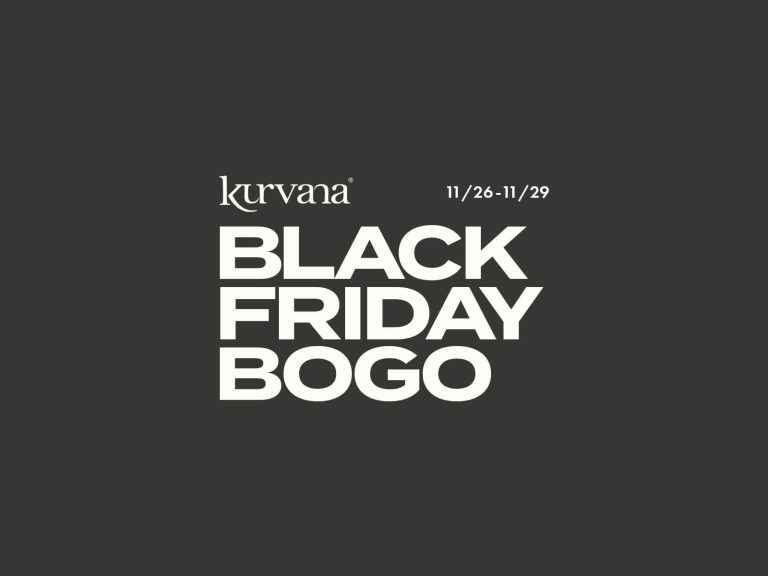 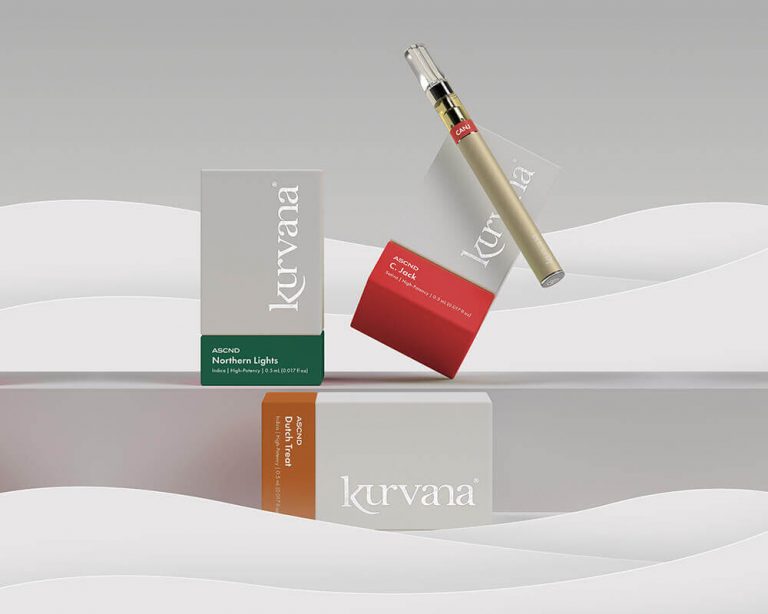 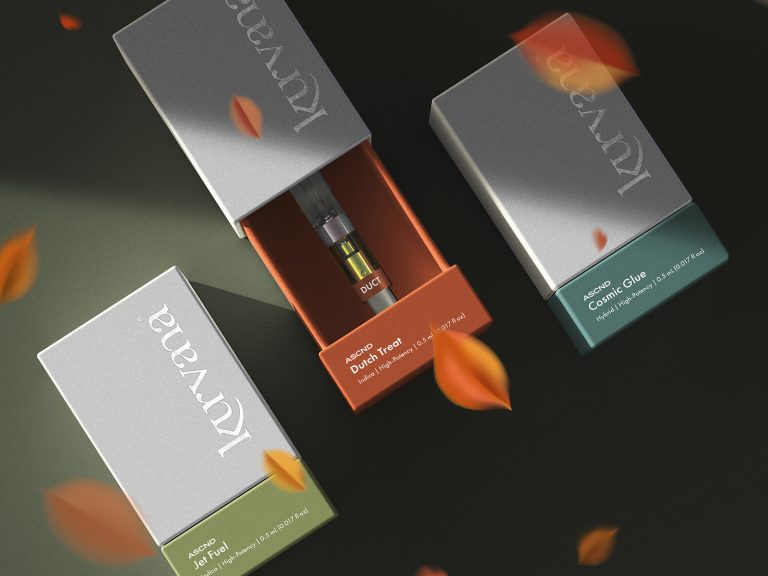 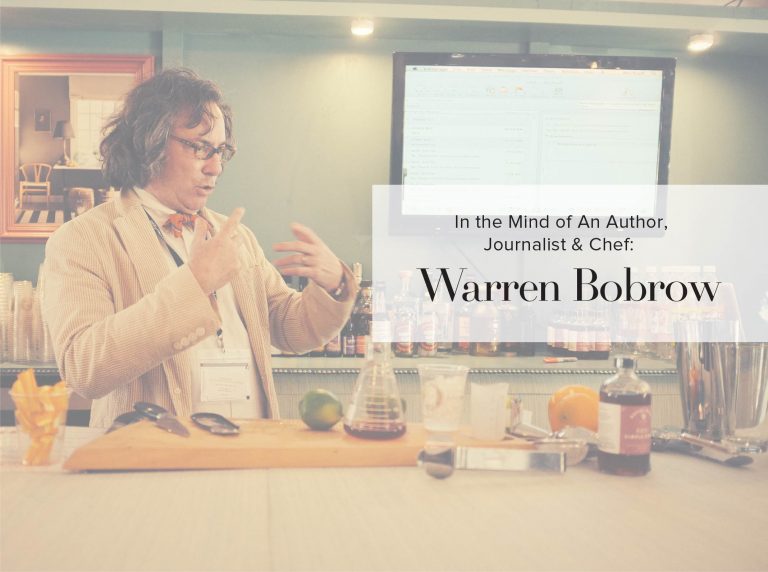 In the Mind of An Author, Journalist & Chef: Warren Bobrow 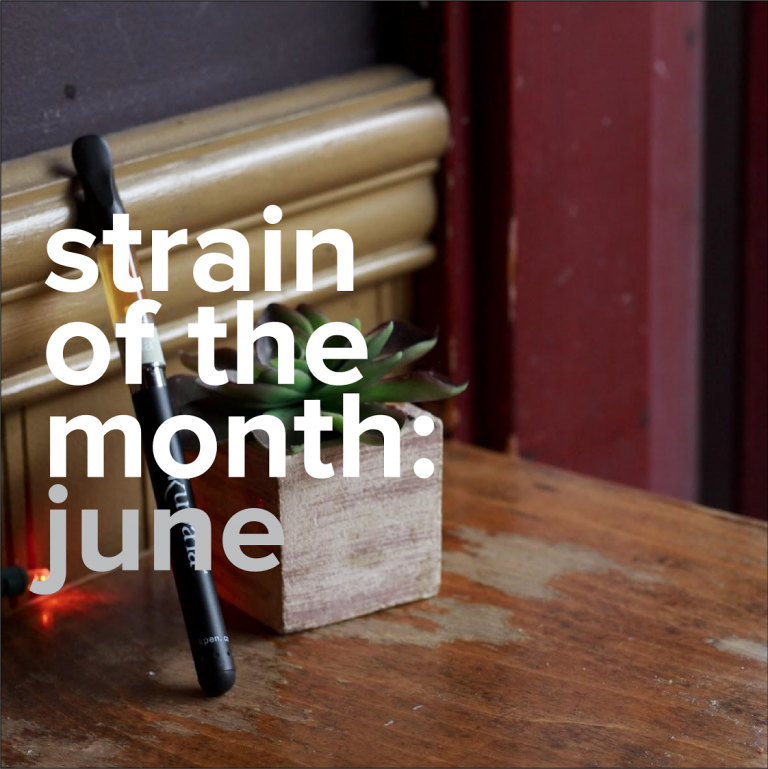 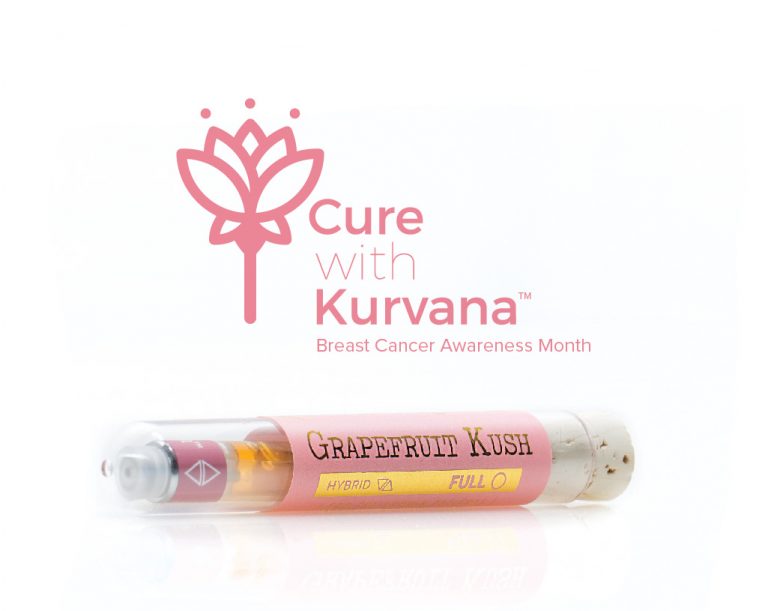 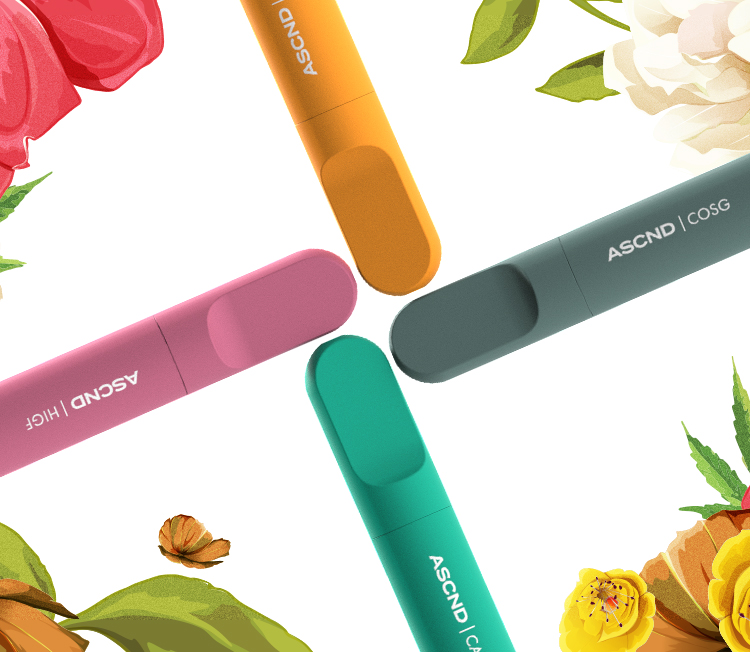 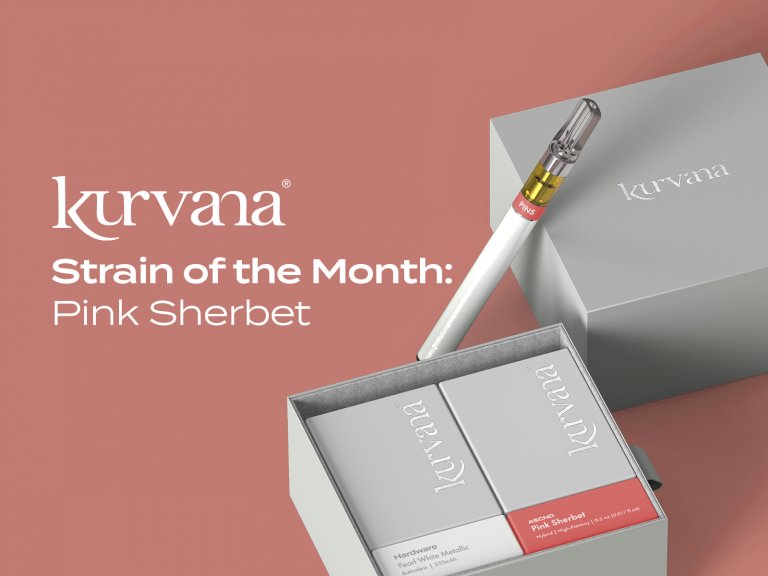 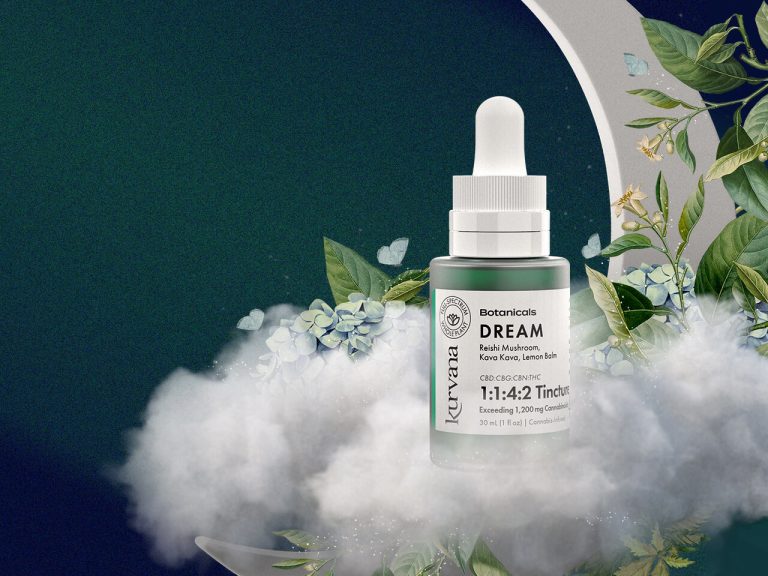